Dental sealants are protective coatings applied to teeth that are at risk of decay. Although tooth decay in children has decreased, preventable decay still occurs. Combined with drinking fluoridated tap water and using a toothpaste with fluoride, sealants will virtually eliminate decay in the permanent teeth of many children. Sealants are safe and painless.

Get your child to brush their teeth every day from around 18 months of age. This will encourage a habit of brushing teeth. You will need to help your child brush until they are old enough to do it themselves, usually around the age of six to seven years. Encourage your child to spit out, not swallow, toothpaste. 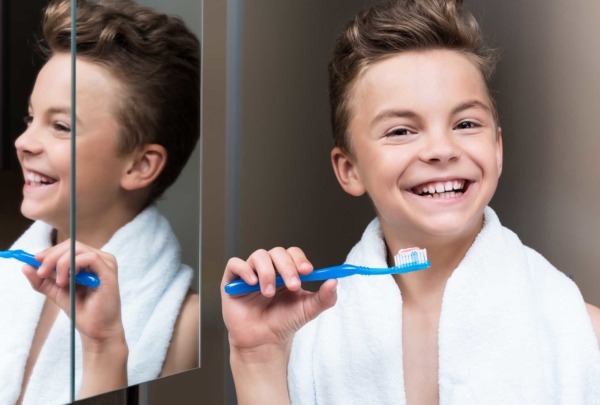 TEACHING YOUR CHILDREN TO BRUSH:

Teaching Childern how to brush – mother and childYour child’s teeth should be brushed twice each day – after breakfast and before going to bed at night. Start by brushing your child’s teeth for them.

Variety of toothbrushesChoose a toothbrush that is designed for children. It should have a small head and soft bristles. Your child should use a children’s low-dose fluoride toothpaste from 18 months to six years of age, unless specified by an oral health professional. Children who do not drink fluoridated water or who are at high risk of developing dental decay may need to vary the type of toothpaste used based on dental professional advice.

Not all children will enjoy brushing their teeth at first. Here are some tips to encourage tooth brushing: 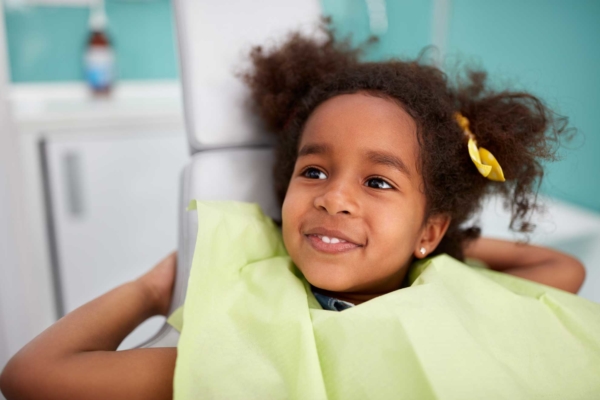 Each type of tooth is named for ease of identification, including:

The term ‘eruption’ refers to the tooth breaking through the gum line. In babies, tooth eruption is also called teething. The timing of tooth eruption differs from child to child. For example, one child may cut their first tooth when only a few months old, while another may not start teething until they are 12 months old or more. While the timing may vary, the order of tooth eruption is generally the same. This includes:

Between the ages of about six and seven years, the primary teeth start to shed. The central and lateral incisors in the upper and lower jaws are usually the first to go. Some children may worry about the loss of their first teeth, but the tooth fairy, with her cash reward for every shed tooth, usually helps to ease anxiety.

Group of childrenPermanent teeth are also known as adult teeth or secondary teeth. The permanent teeth start to develop in the jaws after a child is born. By about 21 years, the average person has 32 permanent teeth, including 16 in the upper jaw and 16 in the lower jaw. (In some cases, however, the third molars – commonly called wisdom teeth – do not develop. Consequently, a set of 28 permanent teeth is considered normal too.

Like primary teeth, the timing for when the permanent teeth come through differs from one child to the next. Generally, the order of eruption and rough timeline for each type of permanent tooth includes:

The Berger family is happy to call Virginia Beach home for the past 25 years. Enjoying life at the beach is truly a gift. The people of Virginia Beach and our patients have enriched our lives and we strive to do the same for them.

Porcelain Veneers by Lumineers: This innovative porcelain technology is applied with no shots, no removal of sensitive tooth structure and is clinically proven to last up to 20 years! Lumineers is perfect to fix spaces and chips, lengthen short teeth, mask stains, and give you a permanently white smile. And best of all, this smile changing technology is painless! Whitening: Everyone wants a bright white smile. At the Doctors Berger we offer a teeth whitening program that is effective yet gentle on gums and other oral soft tissue. It is important to follow a doctor prescribed plan to ensure the treatment is safe and effective. Talk to our experts to find the best solution that suites your needs! Invisalign: The clear alternative to braces!

Email: Email For An Appointment